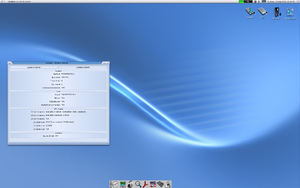 
Does it have to be "disk 1" cause I couldn't find one I made sure it was from the correct directory and just outside on the root dir with the iso file.


I saw how my keyboard hooked up also has a wireless usb mouse hooked to the power keyboard Also should note for jPV I hooked up another monitor and same white screen.. Sorry koszer for not being able to properly boot by usb.. I imagine I am doing something wrong. I'm sorry bonoedgey, my fault.

I forgot about the backslash. So it wasn't my fault after all! Hey thanks Koszer for clarifying that. I tried with the backslash and same thing happened "Warning: sector size mismatch! Did you try removing them before MorphOS starts to boot? Do you use any other expansion cards in your PowerMac besides a graphics card? Do you use more than one SSD or harddisk? Do you know how many memory modules you use in your G5 machine? You could try removing and switching modules just to see if this changes anything. I have a pro keyboard model m plugged into one of the usb at the back of the tower.

My mouse has the wireless usb dongle of it's in the usb slot on the keyboard. 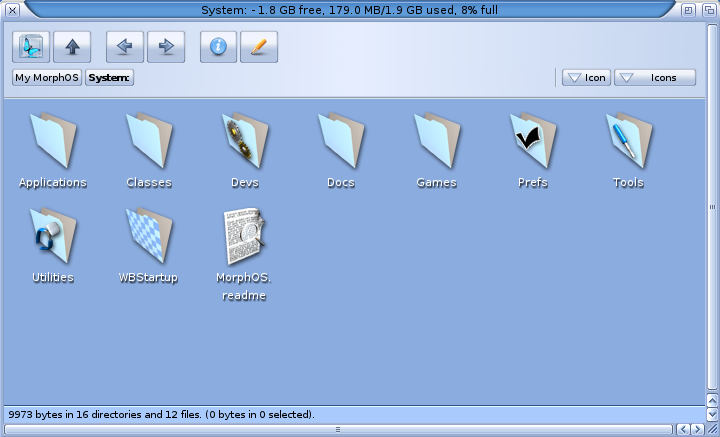 It would suck if that was what was also giving grief.. I am not sure if that is causing issues how I would be able to keyboard the commands to boot from cd or from usb.. As far as expansions go.. I have a pic..

I am not sure what the 27 pin and the other cards are.. I can go to leopard.. I have 8 GB made up of 8 memory modules.. I actually til yesterday had 4. MorphOS cannot offer me the Amiga experience no matter how hard it tries, because the Amiga hardware is no longer part of the equation. I commend them for having price gradations seems new to me so it does seem possible to have your PPC fun at a reasonable price in certain circumstances and help keep an alternative going.

But targetting a G5? The power consumption alone I imagine might put people off, unless MorphOS is particularly light on power use. Since MorphSO supports only one G5 core the other cores are put to sleep. While this is a shortcoming on the one hand it saves quite some electric juice on teh other hand.

But I agree the G5 is not really energy efficient. Thanks for the information. I guess that as someone else has pointed out, in quite a few cases it will be cheaper overall to use one of the alternatives AROS on their existing PC than source a separate PPC machine. For me an Amiga is the total product of a combination of hardware, operating system and software. But unless I need to use those programs I prefer to boot into MorphOS because it is faster and better customizable and has a very flexible UI. Others may see that different. Like someone else mentioned it would make much more sense to lower the price and target something like the Raspberry Pi.

Most about it is hobby and Amiga heritage. But it is far from being useless or nostalgia only. It actually works and I do my dailly things with it. MorphOS is interesting, but it is expensive. Their pricing structure is doing them no favors, IMHO. There are three separate price points for the exact same OS, the price varying based on the hardware you are using.

The other thing is they have locked themselves into PPC. Which means if you want to try MorphOS you either have to buy expensive new hardware, or out of date and out of service old hardware. I personally think they would do themselves great good by picking a single SKU, and expanding their support to include ARM based hardware like the Raspberry Pi, Beaglebone, pcDuino, et al. I understand that the price tag is a little steep.

And the different prices may seem a bit random. And PPC has no future.

I think at least if the price would be below EUR for all systems that would sound much better. Then again the expensive price tag gets a lot better when you know that updates are free my 1st registered machine got 10 updates for free already.

For the already longer supported machine that is indeed the current price tag. The price policy to register machines instead of copies is unusual, but quite attractive. But on first seight registration fee looks high with such a system. With the old Apple kit at least prices for suitable machines are low.

My used Powerbook costed me less than my Atom netbook and eats that one pretty much for breakfast. This will very likely change in future, but not tomorrow as it will lead to major changes of the system and introduce incompability to legacy software. Thing is, MorphOS community knows pretty well about the problems present. But with the given constraints MorphOS makes he best out of the situation.

And one constraint is to stay original. The last Amiga, the based AT , was introduced in and discontinued in But after the Pegasos II sales stopped in late , no new hardware was in sight. What to do? The MorphOS team looked around and came up with a clever idea — why produce their own expensive hardware when there was plenty of hardware to be had for very little money?

The only flaw was the Apple logo on the cases, but really, nothing that would stop them. Sail ho, capture that hardware! Why am I writing all this history stuff? It is not an all new alternative operating system for our aging PowerPC beauties. MorphOS is a lightweight operating system. There is always an immediate reaction to user input, making it a very pleasant alternative for someone who had a stuttering Ubuntu PowerPC installation on his 1.

In fact, it could be the fastest still-supported operating system for older PowerPC Macs.

However, it does not support every Mac — far from it — so it is wise to check the compatibility sheet on the MorphOS website at present, 1. It also includes a list of printers that are currently supported. An operating system is only as good as the software available for it. Trackpad and keyboard are fully supported; power management is also implemented.